Born May 27, 1970; German; Diploma and PhD in Chemistry, State doctorate in Forensic Toxicology, Professor and head of the Forensic Toxicology Department of the Institute of Forensic Medicine, Medical Center – University Freiburg, Germany. Member of TIAFT (The International Association of Forensic Toxicologists), SoHT (Society of Hair Testing), GTFCh (German society of toxicological and forensic chemistry), DGMS (German society of mass spectrometry), DGRM (German society of forensic medicine), the Editorial Board of the peer-reviewed jornal ‘Forensic Toxicology’ and BADS (German society against alcohol and drugs in road traffic); Member of the National Committee of Experts on Narcotic Drugs at the German Federal Ministry of Health (since 2013) and the Committee on Legal Limits for Drug Concentrations (“Grenzwertkommission”) at the German Federal Ministry of Transport, Building and Urban Development (since 2010). Expert in Forensic Toxicology for the German Accreditation Body (DAkkS GmbH) since 2012. Besides reading for medical students and being and expert witness in court, Prof. Auwärter has coordinated the EU projects ‘SPICE’ and ‘Spice II Plus’, and manages several other research projects. His research focuses on cannabinoids, both natural and synthetic, and also covers other new drugs, alcohol consume markers, post mortem toxicology, drug metabolism, pharmacokinetic studies and analytical support of clinical research, and resulted in more than 150 research articles in scientific Journals with peer review. He was awarded with the TIAFT Achievement Award in 2013 and received several national awards for his contributions to forensic toxicology. 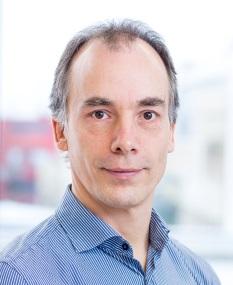 Focus on prescription drugs I