Dr. Palenicek joined the research team at the National Institute of Mental Health, Czech Republic (NIHM CR, formerly the Prague Psychiatric Centre) in 2001 as a PhD student in neurosciences focused on preclinical research in animal models of schizophrenia. As a PhD student, he successfully obtained funding for research projects studying the neurobiology of the effects of psychedelics and MDMA in animals. Thus after approximately 50 years from the ban of psychedelics, the first projects of their kind in the Czech Republic were performed studying drugs such as LSD, psilocin, mescaline, 2C-B, DOB, and MDMA. Later on, projects exploring the effects of novel psychoactive substances (NPS) in animal models extended the scope of his research team and he also became the PI of the first studies with psilocybin and cannabis in healthy volunteers in the Czech Republic. Simultaneously to his research activities, he gained licenses in clinical psychiatry and clinical electroencephalography (EEG). Over the last decade, he has led or significantly contributed as a PI or co-PI to most of the human clinical research with psychedelics, i.e., ketamine, psilocybin, and MDMA in healthy volunteers as well as patients performed in the Czech Republic. As of 2022, he is the head of the Psychedelic Research Centre at NIMH CR focusing on translational research of psychedelics with the intention to strengthen the translational aspect of psychedelic research. His current team covers a continuum of research domains from biochemical and cellular level via behavioral and electrophysiological studies in rats up to clinical trials. Alongside his research activities, he continues his clinical practice as a psychiatrist in outpatient psychiatric wards, and is one of the co-founders of the Psychedelic Research Foundation (PSYRES) and PSYON psychedelic clinic, the first ketamine clinic in Europe. 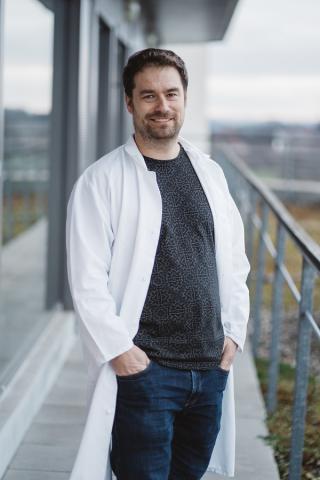